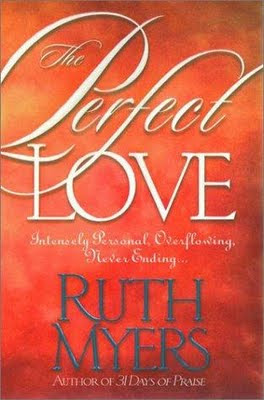 I wanted so much to read The Pefect Love because it had so many amazing reviews.  Woman after woman talked about how this book was her favorite "after the bible."  So much Christian living writing fails to grasp me.  So much of it seems empty and falls short of giving me a closer glimpse into who Jesus is.  This book isn't like that.  It really will show you "where to find the kind of love you really need."  Whether you're searching for that kind of love or just want more of it, this book is definitely for you.

According to the book's forward, there are 3 main reasons why people have difficulty believing that God really loves them:
I love the way Ruth Myers weaves timeless hymns together with God's Word & her own experiences as she's loved Him over the years in order to show us the kind of deep relationship we can have with Him.  The Perfect Love is a book that you can come back to again and again to read slowly and prayerfully as God changes your heart and draws you closer to Him than you have ever been before... or than you have been for a long time.  I haven't yet finished this book, but I'm reading it slowly and I'm grateful that the wonderful people at Blogging for Books provided for me to review!

You can begin reading The Perfect Love at Amazon via their "look-inside feature."  You'll be glad you did!

This book was provided by the wonderful people at Blogging for Books for review purposes.
Posted by Celena Marie at 2:07 PM 1 comment: 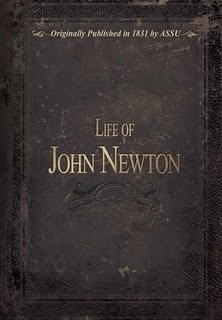 Amazing grace! How sweet the sound
That saved a wretch like me.

We all know those words and many of us, because of the movie Amazing Grace, know a little about John Newton, who wrote them later in his life.  But do we know how truly "wretched" he was?  His wretchedness gives such hope to me!  He was terribly rotten, denied God numerous times, participated in the slave trade while he was a strong Christian (did you know that?!) and thought nothing was wrong with it, and God continued to draw Him closer, to save him, to change his life & to change his mind.

Was blind, but now I see.

Surely John Newton was still blind in many ways even for years after giving his life to God.  When we read about his life, about the "dangers, toils and snares" through which he "came," it give the song Amazing Grace so much more depth & meaning.   This book is short, only 141 pages, and it only just begins to go into the "Life of John Newton."  It's a wonderful starting point and a beautiful book itself.  Originally published in 1831 just 24 years after Newton's death, it's been republished by Attic Books to look much like the original book.  The edges of the pages are ridged, the typeface is old-fashioned, and it feels like reading an old book... except for the smell.  If they could include that wonderfully musty smell of old books, it'd be perfect!  Life of John Newton makes me want to know even more about him, even though now I understand so much more of what God brought him through.  I can hold to the words he held to:


'Tis grace hath brought me safe thus far
And grace will lead me home.
The Lord has promised good to me
His word my hope secures;
He will my shield and portion be,
As long as life endures.
Yea, when this flesh and heart shall fail,
and mortal life shall cease,
I shall possess within the veil,
A life of joy and peace.
When we've been there ten thousand years
Bright shining as the sun,
We've no less days to sing God's praise
Than when we've first begun.
--John Newton, 1773
This book was provided to me by the wonderful people at New Leaf Publishing in exchange for a thoughtful and honest review.
Posted by Celena Marie at 12:40 PM No comments: 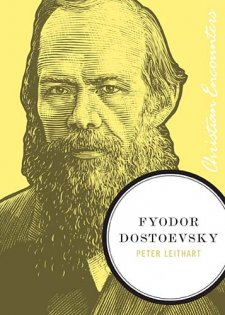 I've always been amazed by Russia... it's fascinating history, it's beautiful architecture, it's haunting stories of royal intrigue.  And I love biographies.  They've got something fiction doesn't have.  Fiction can inspire, but biographies of real people with real flaws who were nevertheless used by God in extraordinary ways... those are truly inspiring!

I first read a bit about Fyodor Dostoevsky when he was mentioned in The Russians historical fiction series by Judith Pella (my favorite book series in the whole wide world--read it if you haven't!)  I was eager to read more about him in the Christian Encounters series.

Fyodor Dostoevsky was a Russian writer and thinker who lived right before the Russian Revolution.  Born in 1821, he grew up during a time of political unrest, uncertainty, and talk of revolution.  There were many noteable Russian writers during this time in history, but Fyodor Dostoevsky was one of the few who didn't approve of Socialism and Marxism that were slowly building up a foothold in Russia.  Dostoevsky is most well known for writing the famous Crime and Punishment, but when he was banished to Siberia, he wrote Notes of the Underground which influenced many, many people.

The story of Dostoevsky's banishment to Siberia is all-God!  He was supposed to be killed by firing squad on a wintry morning.  He actually walked toward the firing squad in St. Petersburg but suddenly, it seems almost miraculously, it was decided he would not be killed but would be banished to Siberia.  God obviously spared his life so that he could fight "for the common people and for truth."  After reading so much Russian history, it's exciting to discover more about the life of a Russian revolutionary who lived for Jesus and devoted his life and writings to Him.  You can begin reading the story here.
I'd like to read all the Christian Encounters books.  Don't bury yourself in fiction!  It has it's place and I'm very fond of it, but nothing besides God's word will change your life like the biography of an ordinary person who did extraordinary things for the only One worth living for!

This book was provided to me by the wonderful people at Booksneeze in exchange for a thoughtful and honest review.
Posted by Celena Marie at 12:13 PM No comments: 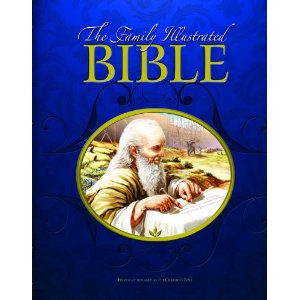 As a little girl, my first introduction to the bible was The Children's Illusrated Bible.  It was big and blue with drawings that drew me into the story.  I remember sitting in the waiting room of General Motors as my parents negotiated for hours, buying a new car.  I sat there and read that illustrated bible.  I may have even read the whole thing.  Either way, I read a lot of it and I was introduced to the story of God and His love for me.

The Family Illustrated Bible is pretty amazing!  My favorite parts of it are the amazing 2 page photographs of places like the Sea of Galilee, the Jordan River, and Jerusalem.  It also includes classical artwork and photos of archaelogical artifacts.  It ends with great picture dictionaries of People of the Old Testament & People of the New Testament, and a thorough Index.

My only qualm with The Family Illustrated Bible is that it's called a "bible."  Honestly, it's not any type of interpretation of the bible.  If anyone uses this as their "bible," they're going to be missing out on God's word.  This is a book of bible stories, but not an actual bible.  It's an amazing resource, yes, and one I think would be a great addition to any bookshelf but should not substitute your time in God's Word.


This book was provided to me by the wonderful people at New Leaf Pub. in exchange for a thoughtful and honest review.
Posted by Celena Marie at 3:46 PM No comments:

Right From the Heart 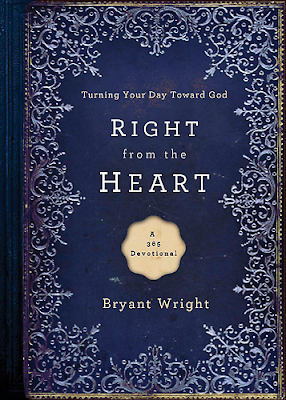 Right from the Heart is a 365 day devotional and it's a pretty good one.  I think it would be especially good for a new Christian or someone with a lot of doctrinal questions because it deals with things that are unfamiliar to a lot of newer believers.  It's also encouraging and enlightening for those older Christians, as well.  Usually, I prefer to write my own devotionals and, when I do seek someone else's devotionals I like to be able to skip around.  I don't like to be confined to just 1 page or 1 topic or a date at the top right corner.  This book is meant to be savored for a year and is a bit rigid if you follow the guidance.  I don't.  I find a topic that sounds like what I need to read and I read it.  I like this book that way, and wouldn't like it if I stuck to the daily scheduled reading.

Each daily devotional in Right from the Heart begins with a verse and then 3-4 paragraphs that expound on it and offer insight.  This book isn't meant to replace your bible or prayer time, but it's a good starting point to your time with Jesus.  You can read the first few pages of it here.

I definitely recommend Right from the Heart, especially if you're a new Christian or someone who's been a Christian for awhile but is finally starting to get serious.  Besides that, it's a pretty book and would make a good coffee table decoration.  Maybe a friend or family member will thumb through it and get inspired!

This book was provided to me by the wonderful people at Booksneeze in exchange for a thoughtful and honest review.
Posted by Celena Marie at 2:04 PM 1 comment: 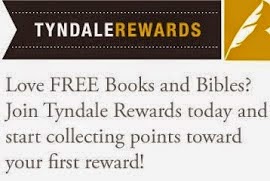